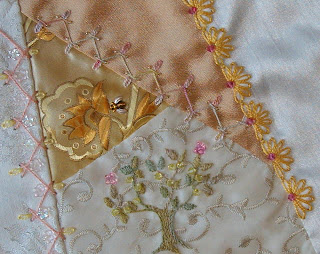 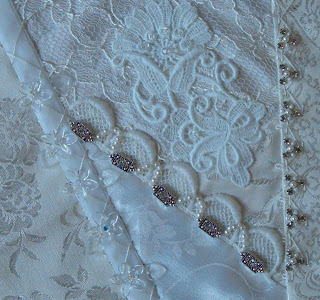 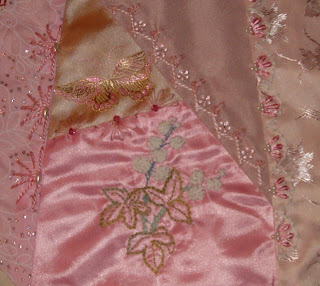 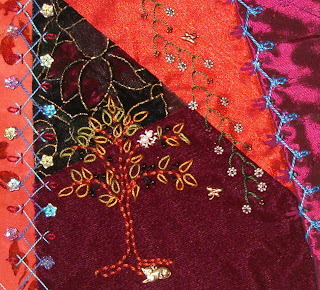 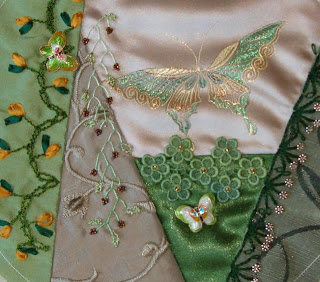 Okay, I know you're probably tired of seeing pin cushions...but I just can't stop! I am working on some Round Robins, but can't share photos of them since I don't want to spoil the surprise!

My six beautiful penpals from Russia received their Christmas gift from me. Yep, you guessed it...pin cushions. One (my very first effort) is pictured in my Borrowed Pin Cushion posting. But, now that all have arrived, I'll show you the other five.

Am also working on the usual Christmas decorating and family things this month, so not getting as much stitching done as I'd like too. But having fun just the same!

As you can clearly see, I worked each in a different color. I did not specify which lady received a specific one, as I wanted them to pick the one that they most liked. I used my stencils for most of the seams and the tissue paper overlay idea for the trees.

All were tons of fun. And now, I'm thinking of doing some smaller sized ones...but am concerned about having enough work on a smaller surface. When I get that worked out, I'll post a picture of the finished effort. Will probably after Christmas however as a large family (over 40 in all) is a lot of folks to plan for...buy for...cook for...clean for...Well, you get the idea I'm sure. :)