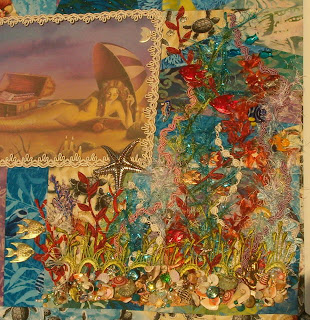 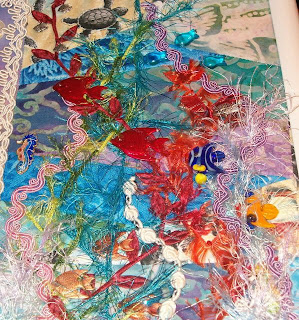 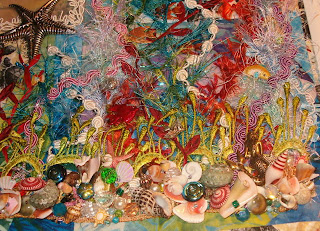 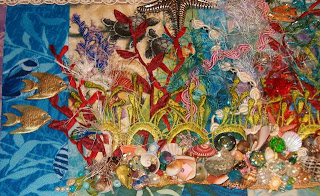 I've been working lately on a round robin "mermaid" swap block.

I'm the first to touch the block (well, after the owner). She added some lace and a large starfish to the center.

Upon it's arrival, my head was immediately filled with a definite idea for a coral reef filled with fish...but I was nervous because it is not a traditional CQ effort (but I just love the artsy blocks so much more!).

This swap is not a hidden swap, as we are posting photos and such for inspiration...so I talked to the block owner to describe my idea and she was very accommodating to my vision. For which, I am so very thankful!

Here is the whole reef, and three closeups for your enjoyment.

Now, I'm going to play around with that sea chest in the block center, and get ready to pass this along in a week or so.