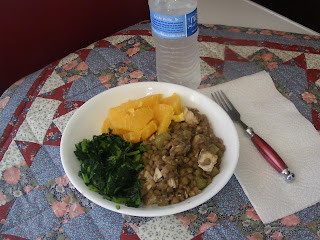 I actually made this a few days ago, and forgot to post about it. Found the photos still loaded on my phone...so, here they are...a little late. The plate has lentils and chicken... 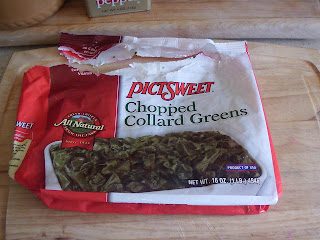 with some steamed frozen collards and a fresh orange that I've cut into slices. Half of the collards and lentils with chicken went to dinner for three days; the remainder had a quart of my canned tomatoes from the garden added and that "soup" went into the freezer for two batches to be warmed up on a cold winter night! 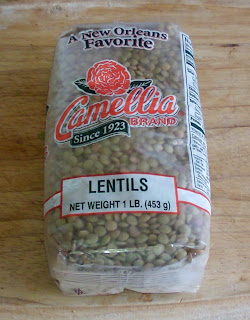 These are the types of lentils I used...they are also the only ones in my area. Both of the grocery stores here do not carry lentils...these were found at Walmart. And, they were the only type available...even there! 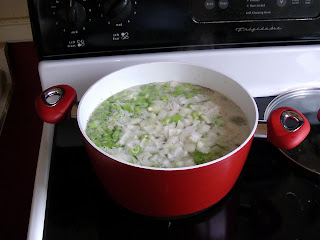 I started by putting my frozen chicken breasts into a half-pot of water. To that, I added a medium sweet onion (chopped) and about five stalks of celery (chopped). Seasoning was a pinch of salt, pepper, and garlic powder. 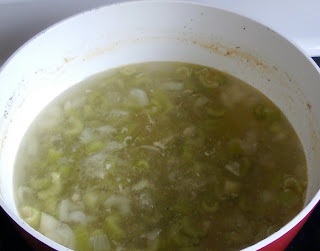 I let this come to a boil and cook about 30 minutes, then I removed the chicken to cool. 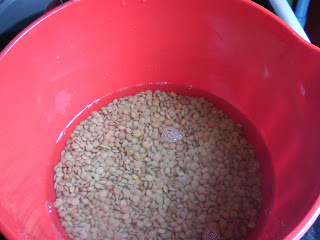 In the meantime, I looked and washed the lentils...and put them into a bowl.
Next, I added enough water to cover them about 1/2 inch. 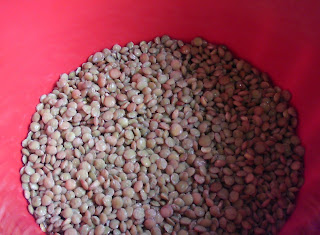 Within the 30 minutes the chicken was cooking...the lentils soaked up all of their water. 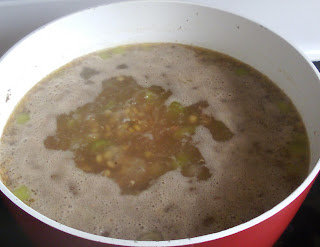 I added them to the onion/celery/chicken broth to cook. I set my timer for 25 minutes... 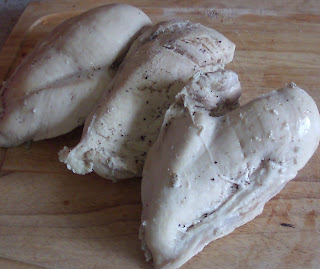 Next, I took the three cooked chicken breasts...cooled now... 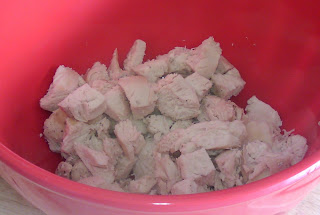 and cut them into chunks.
The lentils cooked for about 35 minutes total. After 25 minutes, they were almost tender...and had soaked up a lot of water. So, I watched them really closely for the last 10 minutes...afraid they might burn.
I tested a spoonful to make sure that they were tender...and then added the chicken and took them off the stove. 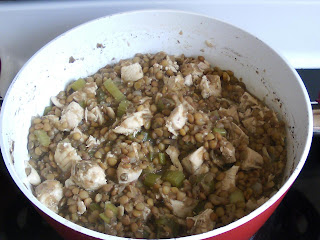 They were oh so good!!
And, made enough for 3 meals...and two half-gallon soup mixtures when I added the leftover collards and tomatoes! That's really stretching a buck!