Needle-work is fascinating to me. All types and all themes. But, a wedding gown...especially a Royal Wedding Gown...is so romantic. This day, a gorgeous gown was worn by the newest princess to-be*...and I arose at 3:30 in the morning to see my first glimpse of her magic day. I was not disappointed. 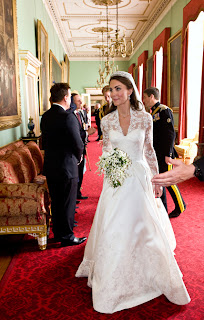 And I was expecting to learn that a fabulous fashion designer had created such a masterpiece. But, it was so much more than that; for the Royal School of Needlework also had a huge part of it's creation. 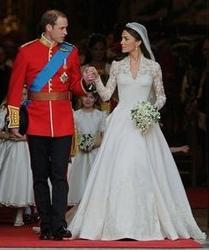 If you have not heard of this school, check out this video to learn a little more.
And, if you so desire...you can also take classes from the school! How magnificent would that experience be! A dream come true for sure! Here is the official RSN website...for even more information.
And, here are a few facts: 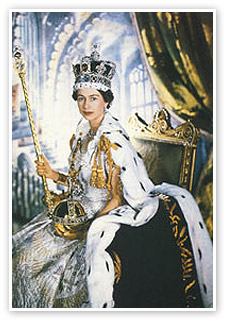 Queen Elizabeth's Coronation Train in 1953.
“ A six yard train in best quality handmade purple silk velvet, trimmed with best quality Canadian ermine 5" on top and underside and fully lined with pure silk English Satin, complete with ermine cape and all being tailed ermine in the traditional manner, and including embroidery by the Royal School of Needlework” were the royal design specifications based on tradition. 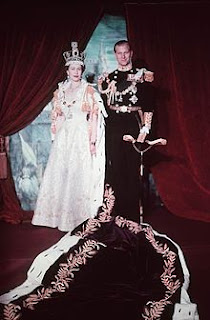 And...a little off topic...but, what wedding day would be complete without the cake! Princess Catherine's was stupendous! Bet it was super yummy too! 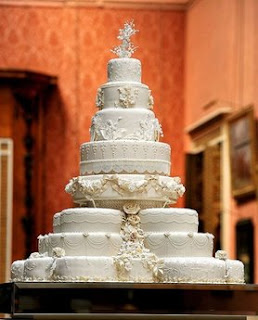 * Thanks to all my UK followers whom graciously informed me that Catherine can not be a princess until Queen Elizabeth bestows that honor on her. However, in my fairy-tale world...if you marry a prince, you are a princess...just like Cinderella! How wonderful that would be...and I'm sure it's only a matter of time before "Kate" will be given the title.